Tipster Shows Us How Compact OPPO's First Foldable Phone Will Be 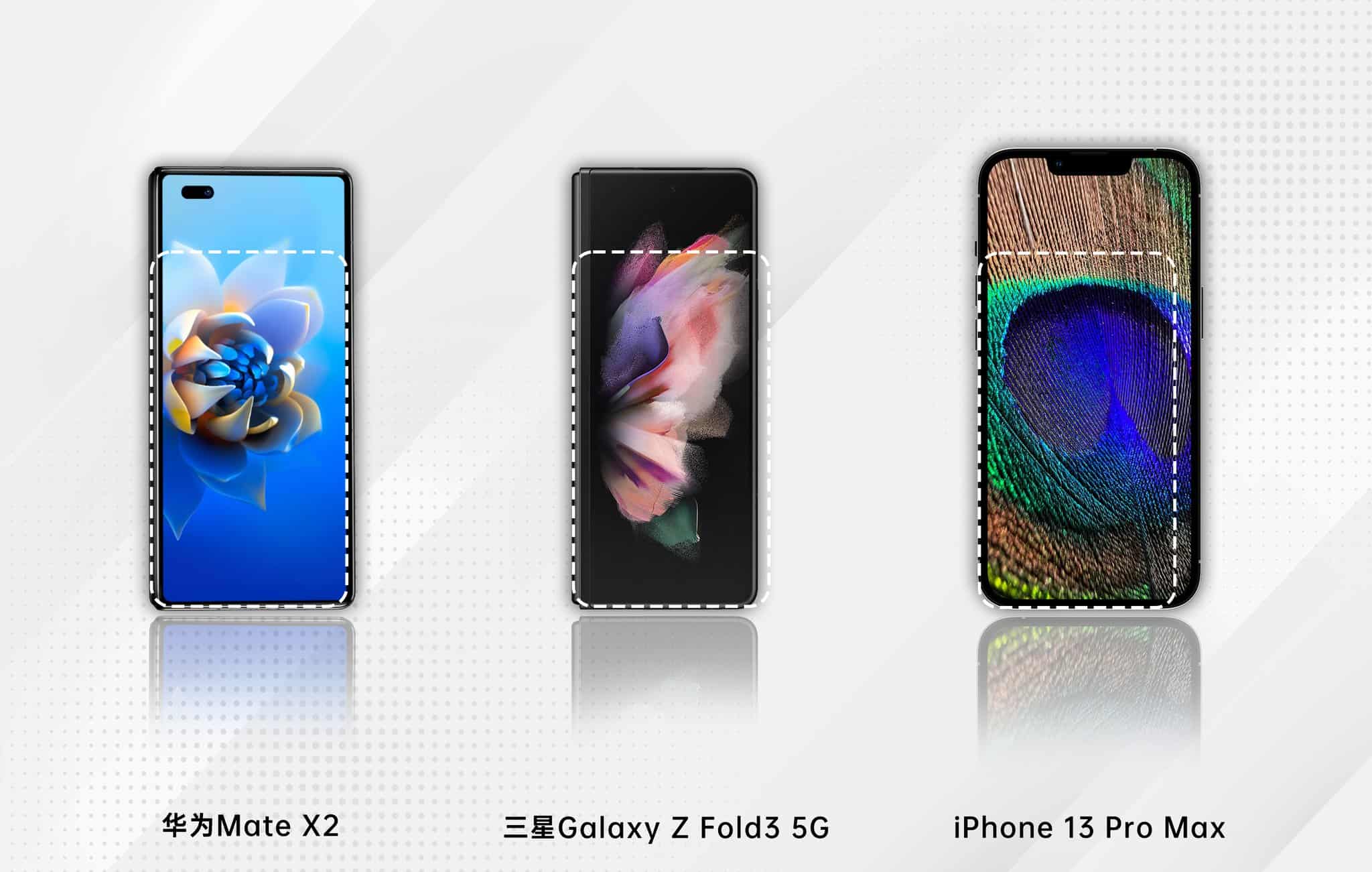 DOCTYPE html PUBLIC "-//W3C//DTD HTML 4.0 Transitional//EN" "http://www.w3.org/TR/REC-html40/loose.dtd">
OPPO teased its first foldable smartphone yesterday, and a well-known tipster just showed us how compact that device will be. I mean, we did see that it will be quite compact in the teaser video, but Ice Universe just used some already released devices to give us more information.

OPPO’s first foldable smartphone will be quite compact, as you can see​

If you take a look at the images provided below the article, you’ll see its size compared to the iPhone 13 Pro Max, Galaxy Z Fold 3, and Huawei Mate X2. Now, you won’t exactly see the phone compared side by side, but you will be seeing its highlighted size on the body of these three phones.

The OPPO Find N is so compact when folded, that it can fit inside the frame of the iPhone 13 Pro Max and Mate X2 with ease, while it is a bit wider than the Galaxy Z Fold 3. It is a lot shorter than all three phones when folded, though.

Not many people expected this, but it could be a major advantage for the OPPO Find N. The whole point of foldable phones is for them to be quite compact when folded, and offer a large canvas when they’re not.

The Galaxy Z Fold 3 is quite large even when folded. True, it’s narrow, but that doesn’t change the fact it’s extremely tall and heavy. The OPPO Find N won’t be, it seems.

OPPO may have solved the crease problem altogether​

The phone may not even have a crease problem on its foldable display, at least according to
the company’s Chief Product Officer, Pete Lau. Even the phone’s real-life images surfaced, and they also indicate that the crease won’t be present. Let’s hope OPPO found a way to get rid of it.

The OPPO Find N will become the company’s first foldable smartphone, and it will launch on December 15. It will launch during OPPO INNO Day 2021, and let’s hope this phone will be available for purchase. The post Tipster Shows Us How Compact OPPO's First Foldable Phone Will Be appeared first on Android Headlines.