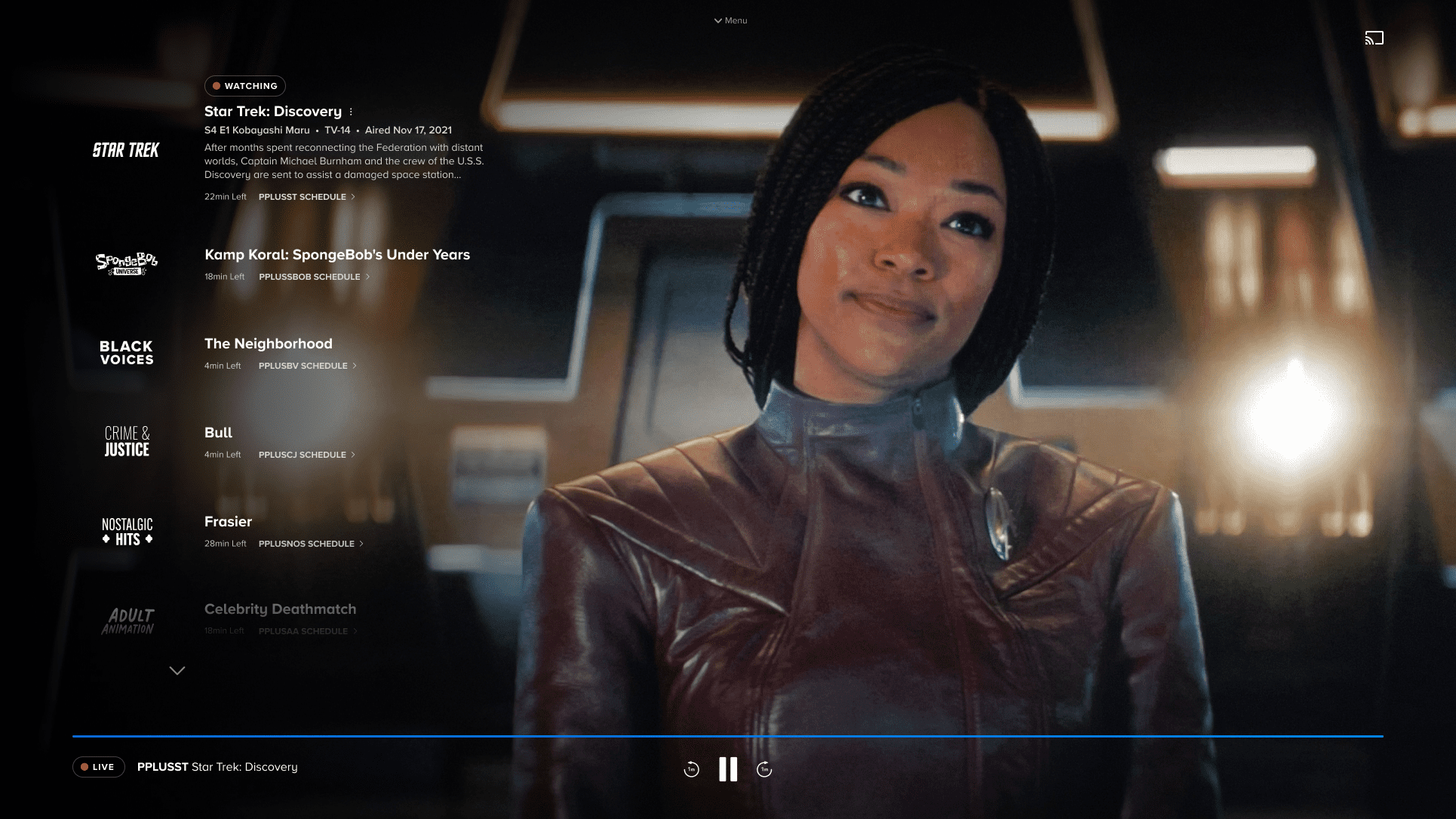 DOCTYPE html PUBLIC "-//W3C//DTD HTML 4.0 Transitional//EN" "http://www.w3.org/TR/REC-html40/loose.dtd">
Paramount+ has just launched live channels inside the streaming app. It’s the latest way that Paramount+ is seeking to differentiate itself from other streaming services like Netflix, HBO Max, Disney+, Hulu and others.

Here are the live channels that are now available in Paramount+:

More Live Channels are on the way​

Paramount+ will also be adding more Live Channels to its service later on. There’s a RuPaul channel and a Movies channel that will be debuting later this month. And there’s likely to be even more coming later on down the road.

This is the latest feature that streaming services have been adding as of late. It’s a way to get people to binge-watch a lot more episodes of their favorite shows. The thinking behind it is, people will open the app, find one of these channels and just watch for hours on end. Whether that is in the background or not.

That is why we are seeing all sorts of channels based on popular shows. Like SpongeBob Universe or Star Trek.

It’s a way for streaming service to still provide the same old live channels that we have with cable and streaming Live TV services like YouTube TV. ViacomCBS Streaming’s president and chief executive officer, Tom Ryan said “Even in the era of on-demand, there is clearly a strong consumer appetite for reimagined linear channels that provide effortless, lean-back entertainment.”

Now we have live channels on Paramount+. But the real question is whether that is going to be enough to keep you as a subscriber. Paramount+ is $4.99 per month with ads, but it doesn’t have a lot of new original content. Which is going to continue to be a struggle for ViacomCBS.