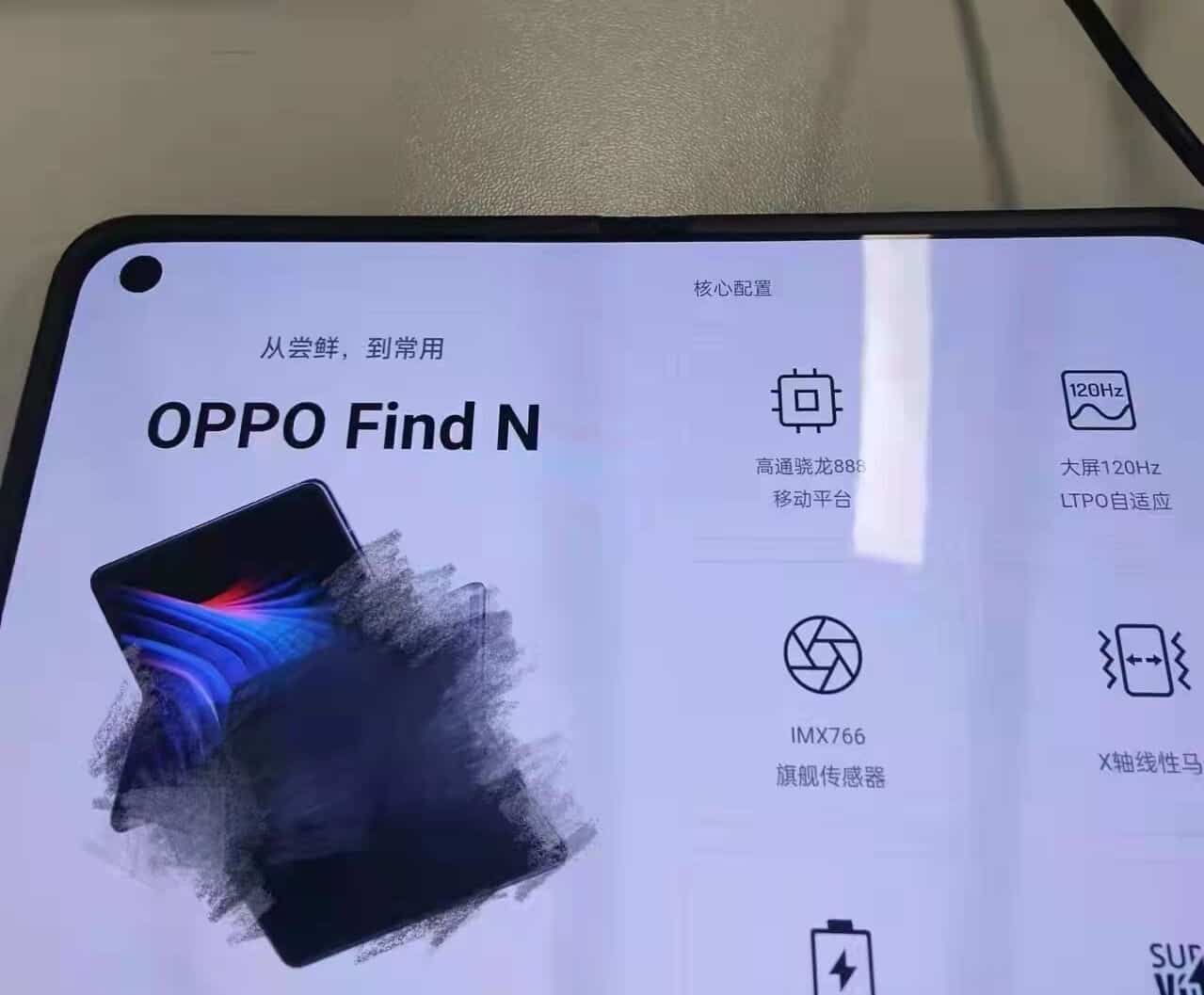 DOCTYPE html PUBLIC "-//W3C//DTD HTML 4.0 Transitional//EN" "http://www.w3.org/TR/REC-html40/loose.dtd">
The OPPO Find N is the company’s upcoming foldable smartphone. The company confirmed its design via a recent teaser, while some images leaked following that. Well, now we get to take a look at the OPPO Find N specifications and price, as both just surfaced.

The OPPO Find N will be fueled by the Snapdragon 888 SoC. It won’t include the latest Snapdragon 8 Gen 1 processor, though that’s not surprising, as this phone has been in development for quite some time now. The Snapdragon 888 is still immensely powerful.

The OPPO Find N will be quite pricey it seems; powerful specifications in tow​

When it comes to its cameras, the device is said to include a 50-megapixel main camera (Sony’s IMX766 sensor), along with 16 and 13-megapixel secondary cameras. Those two cameras will likely be telephoto and ultrawide units, though we’re not sure which one is which.

The device will also include an X Axis linear motor, and its main display will offer a 120Hz refresh rate. That will also be an LTPO panel, which means we’re looking at an adaptive refresh rate here.

The secondary display, on the other hand, will cap out at 60Hz, when the refresh rate is concerned. That’s not surprising at all, of course. That secondary display will also be curved, it seems.

Both displays will include display camera holes​

Speaking of displays, you can expect to get a display camera hole on both of them. Both will have such a camera implemented in the top-left corner, based on the leaked images.

You can actually see that camera hole in the image provided below. That image surfaced along with these specs, as you can see some specs are visible on the display itself. Earlier today, both renders and real-life images of the phone appeared. 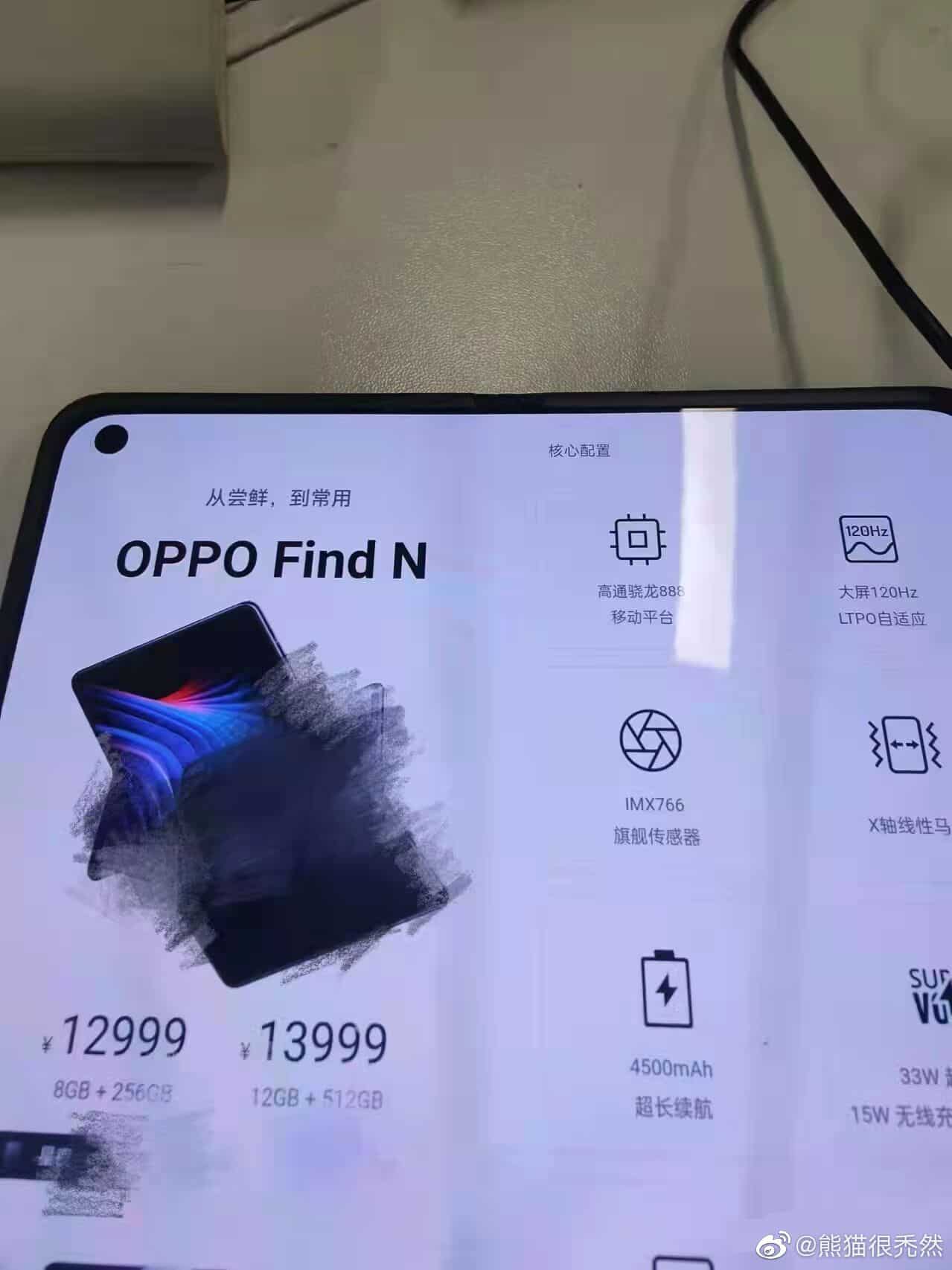 The OPPO Find N will become official on December 15 during OPPO INNO Day 2021, that much has been confirmed by OPPO.