OnePlus could ditch the curves with the Nord N20 5G

It’s clear that OnePlus’ device release strategy has changed a bit over the past year or two. This is clearly evidenced by the company’s decision to forgo releasing a flagship in the second half of 2021, bucking the trend that we’ve seen over the past few years. Instead, OnePlus has seemingly been putting a bit more focus into its “Nord” lineup of devices.
The OnePlus Nord hit the scene back in July of last year, and since then, we’ve seen quite a few different OnePlus devices launched under the Nord branding. This includes the all-new OnePlus Nord 2 PAC-MAN edition that was just released in certain regions But the limitation there is that the Nord 2 and its special edition versions have only been available in select markets, but not the U.S. 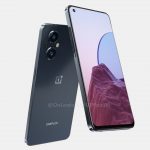 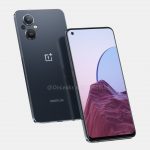 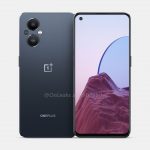 Thanks to @Onleaks in conjunction with 91mobiles, we are now getting our first look at the OnePlus Nord N20 5G, which might just be the next OnePlus phone to launch in the US. The device looks like the OnePlus X and iPhone 13 merged into a single device with its near bezel-less display and flattened edges. There’s a selfie cutout in the top left corner, the power button on the right, and a volume rocker on the left.

On the back, there are two massive camera sensors that are accompanied by a much-smaller camera lens and an LED flash. @OnLeaks was also able to provide a bit of insight into the specs for the device:


Despite other recent OnePlus phones opting for a MediaTek chipset, it appears as though OnePlus will be going back to Qualcomm as the Nord N20 could use the Snapdragon 695 chipset. The only piece of the puzzle still missing is a release date, but we wouldn’t be surprised to see some type of announcement before the end of the year.


The post OnePlus could ditch the curves with the Nord N20 5G first appeared on Phandroid.