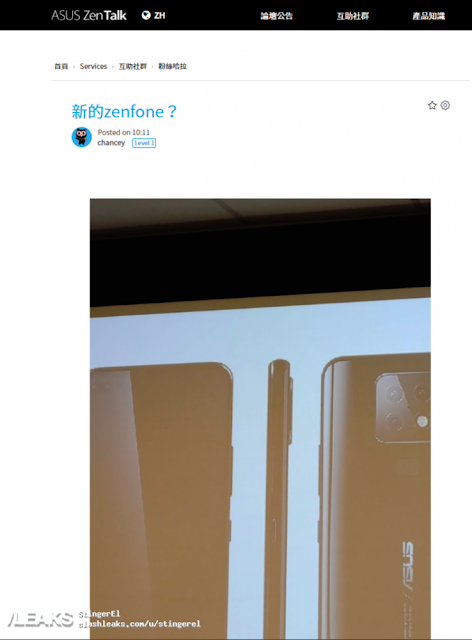 ​
A new leak has given us our first look at the Asus Zenfone 7. The Zenfone 7 appears to feature a triple camera setup housed within a square module and dual-selfie camera with punch hole style.

For the first time, there's finally a leak on what appears to be the Zenfone 7. The leak itself is appears to be a low-res render of the phone. It shows the phone with a triple camera setup, in a rectangular module. The Zenfone 6 only had two cameras: a main shooter and an ultra-wide-angle lens, but the presence of a third shooter on these renders points towards a telephoto lens on the Zenfone 7. The front of the device has what appears to a dual punch-hole design at the top left corner. That means that Asus has given up on the swiveling camera mechanism it used on the Zenfone 6.

Qualcomm's already listed smartphones featuring the Snapdragon 865 SoC one of them is ZenFone 7. The ZenFone 7 is believed to come as the successor to the Asus 6Z that was launched last year with a motorised rotating camera.

At the bottom of the camera module is a capacitive fingerprint reader. That's usually a good clue as to the display type used these days, since most AMOLED phones feature in-display sensors. Asus cuts costs on these phones by using LCDs instead of AMOLEDs, and it looks like that will continue on the Zenfone 7.​