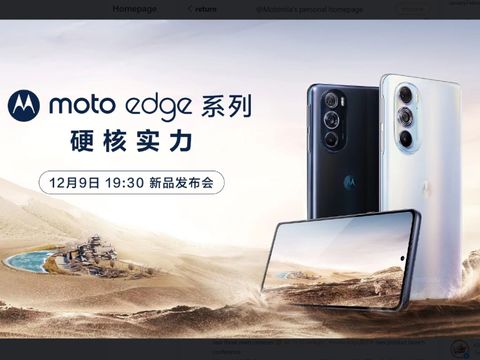 (Image: © Motorola)
Motorola officially debuted the Moto Edge X30, a brand-new device from the company, at an event at 3:30am PT / 6:30am ET / 11:30am GMT and 7:30pm ACT.
During the event, we saw the mobile as well as the Moto Edge S30 - which was in fact just a Chinese version of the Moto G200 which launched globally a short while ago.
We live-blogged the entire launch event, and you can catch up with our posts in chronological order below. We also shared some points of analysis and speculation for a few hours after the event, and you can see them too.
It was a China-only launch event, and that's the only place where the phone has been unveiled so far - we could see it rolled out to other regions eventually, but we might not, and we just don't know right now.
And if you don't want to catch up on the event, here's what you need to know: